A Brief History Of Our Clubs Origins

Our club owes its origin to Gary Dodds’ initiative efforts, when on a visit to Johannesburg in 1984, he was driving along Broadway and noticed a Morris Minor parked outside a certain hardware store in Bezuidenhout Valley. Being a Morris Minor enthusiast himself, and Chairman of the Port Elizabeth club, Gary’s curiosity led him in a search of its owner. That parked Minor turned out to belong to Dave Smith!

This casual meeting resulted in an advertisement being placed in a local newspaper inviting fellow owners and enthusiasts to a meeting to gauge the interest in forming a club in Johannesburg. The meeting proved fruitful and led to the formation of the Johannesburg branch 22 years ago. The inaugural meeting of the new club was held at the Vorster’s home in Ferndale, with Christo Vorster being elected the club’s first Chairman! 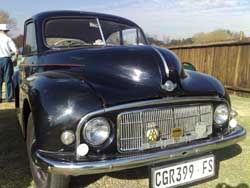 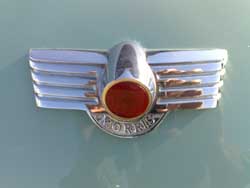 Gary, having sown the seeds that started the club, returned home to Port Elizabeth. Some years later however, he was transferred to the Transvaal (as it was called then) and true to form, got involved with our club. Both Gary and his wife Katrina served as Committee members – Katrina being Secretary. Recalled by his firm to Uitenhage, Gary took his family, now with two young ones in tow, back to Port Elizabeth and they were fare welled by our club members. As luck would have it however, Gary was persuaded to accept an offer of employment with his present company in Pretoria, so the family were on the move northwards yet again!

Three ex-members of our club whose names appear with regularity are Dave McQueen (returned to his native New Zealand) and Italo & Diane Diterlizzi. All did sterling work as committee members over a number of years. Dave McQueen will be especially remembered for his capable editorship of “Minor Headlines” and as a talented designer. Some of Dave’s artwork and sketches live on in our club.

“Minor Headlines” over the years. Present members whose names have appeared on the lists of past Committee members include: 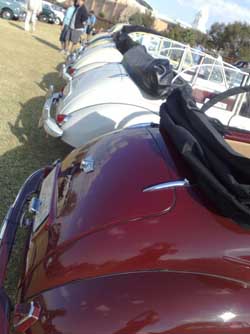 It was perhaps fitting that the founder of the Port Elizabeth and Johannesburg branches of the MMOC, namely Gary Dodds (and a member of our branch), should be elected unanimously as “National President” of the MMOC at the “National Rally 2006” held in Bloemfontein. His task is to bring a sense of unity to the branches and to co-ordinate the many and varied issues that continually concern our MMOC movement.

Looking through past records of AGM’s, committee meetings and reading back issues of “Minor Headlines”, the club has enjoyed a lot of fun over the past 22 years. In particular our club has been well represented at all the various “National Rallies”, which are held every second year in rotation amongst the five branches nationwide. 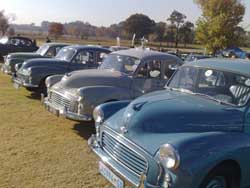 Membership has risen and fallen, as is the case with most clubs. Monthly outings have been popular and mostly well attended, but at times there were concerns that the club was not faring too well. Obviously, the steps taken to rectify the bad times were successful, as the club has prospered to its record membership total of today.

It can be truly said that the club owes its success to a number of people who have done their share in the past and who will still be around to offer guidance to the club well into the future. We salute them all!